Shortly after running the Piper home security system giveaway contest (which ended on Mother’s Day), M.C. Nugget flew me out to Ft. Lauderdale to visit him on the set of a show he was shooting (called Graceland, on USA Network). It was a quick trip, sandwiched betwixt and between a vigorous pilates teaching schedule, and immediately following my gigantic hoopla of a book release party (more on that in my next post)…Mother’s Day notwithstanding..

I admit, I landed at Ft. Lauderdale airport frazzled, worn out, dazed, and in much need of a GIANT VACATION, which is why I failed to post the winner of the Piper contest…until now (see bottom of this post to see if you won).

Also, I wasn’t prepared for the thick, dripping heat and humidity. Someone said to me, “It’s summer here!” Like I’m supposed to know what that means. Come ON.

I loved it though. Every minute. The balmy air felt so great on my skin as we lounged by the pool on the first day, sipping cocktails.

I curled up with my kindle and continue reading a friend’s book I’d started on the plane — a true guilty pleasure by Diane Rapp called Murder Caribbean Style, a mystery/romance with totally fun, and most-likely utterly implausible situations that I immediately believed and gobbled up, because… PFFF it took place on a CRUISE SHIP, and in the CARIBBEAN.

I blew off my work… and… relaxed. Ahhh, it was wonderful.

THEN, the next day, we lathered ourselves up with insect repellant to prepare for being on-location in the Everglades. We caught the cast shuttle to the set, and stepped out into Mack’s Fish Camp. I felt pretty spiffy, myself… as if I’d stepped off the pages of my friend’s book to visit a cool, “off-the-beaten-path” place, with alligators they know and love swimming around hoping for a chance meeting with a stranger’s foot. 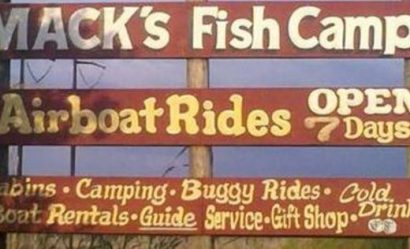 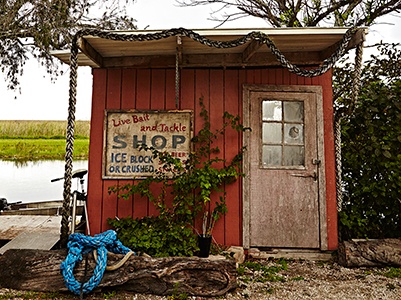 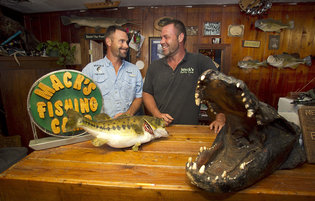 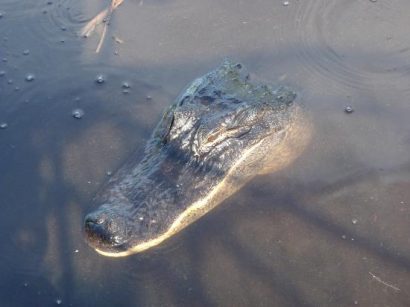 I made sure none of my body parts had a chance meeting with the alligators (click to tweet that). But I was completely taken off-guard by the mambo insect-repellant-resistant mosquitos that sucked my blood, pelting me with welts.

It really….. can I say this? Are you ready for this?

The next day, Nuggie and I planned to get a workout in at the hotel fitness center, but stopped to lay by the pool for a bit first. The sun was warm and cozy once again, and it felt so good to sit on the edge of the pool dangling our feet in the cool water.

I weighed the possibilities. Bar? Gym?

I asked Nuggie about a cocktail. We deliberated about it. My welts were hurting. It was hot.

It turned out we didn’t really want to work out anyway. Plus the gym was so much further away.

That was the beginning of my last day in Florida. If anyone asks why I didn’t work out and got sauced and a bit sun kissed by the pool, tell them the Skeeters from Hell made me do it.

(Tell everyone on Twitter how the mosquitos sucked here)

Here is a screenshot of all those who left comments to win the PIPER Home Security System. If a name is listed more than once, it’s because they commented here and on the blog. Not a SINGLE single parent commented to my knowledge, so sadly, as much as I’d hoped they would comment, there are none who received three entries. 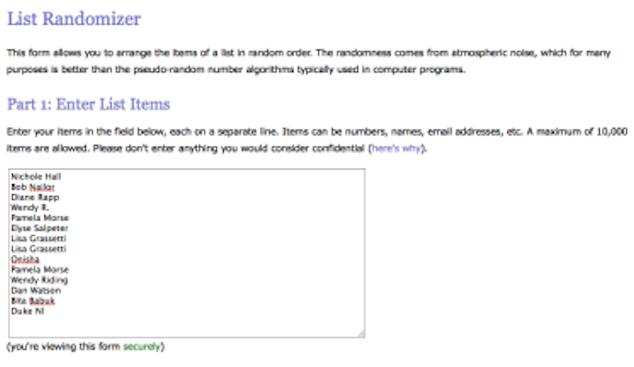 AND THE WINNER  SELECTED BY RANDOM.ORG IS: PAMELA MORSE! 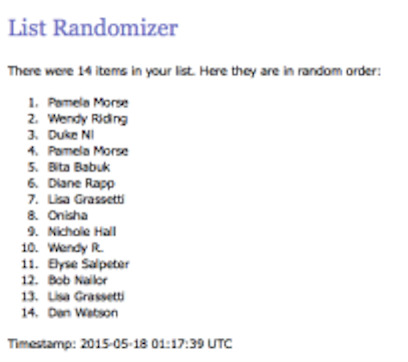 21 Responses to "Skeeters from Hell"