HOOKED ON A FEELING

When I first got divorced, I wasn’t even thinking about dating, per se. I was off in La-La Land (Los Angeles for you newbies in the class… get with the program) trying to stop flopping around as a single person, when the first interesting guy came along. He turned out to be a guy who’d cheated on girlfriends on multiple occasions, but that didn’t stop me, no. I WAS HOOKED. It wasn’t necessarily HIM I was hooked on. We weren’t in a relationship for goddsakes.

I was hooked on the feeling, baby! He just happened to be the first person who came along, was a willing participant, and put the bounce back into my step (or the spark into my -um- spark plug?)…. 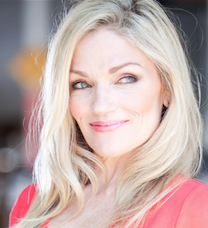 By the time I rose up from the ashes of those post-divorce “sparks” and realized it hadn’t been a lover whispering sweet nothings, but my hormones trying to scream at me…well… I’d met far too many losers.

But really, ladies, ADMIT IT. You do this too. You make the mistake of falling for the same bad guy over and over again, because not only does it feel good when we get a little action, but… well…here’s a hint: THE BAD GUYS WORK HARD TO WOO US. (Plus, most women love the challenge of taming the wild beast more than we like to admit. TRUE STORY).

And for our part, we’re putty in their hands. They’re the carpet baggers and we are handing them our prized possessions, because dammit that tingly feeling feels GOOD! You could hook me up to an i.v. NOW. I wouldn’t say no.

So when the folks at DatingMetrics.com showed me a study with statistics around this phenomenon, I knew I needed to explore further. Granted… these are people writing blog posts like “Talking to Girls Like 007” and “Picking Up Women in the Wild: 9 Lessons from the Animal Kingdom” but I was intrigued, nonetheless.

So, I conducted a scientific evaluation of my own and am hand-delivering my findings to you, here and now.

Read on, learn, and NEVER, EVER fall for a loser again (and by loser, I do not mean a hot, gorgeous, edgy guy… those guys aren’t bad, right?):

Who ARE you people at Dating Metrics, and WHY did you do this study?

Think of us as mad scientists who measure the do’s and don’ts of dating in a secret laboratory. We did this study to wrap up the bad boy vs. nice guy debate once and for all because there’s been a lot of talk recently that nice guys are the 21st century choice and we wanted to cry BULL SH*T!

There’s been a lot of talk that nice guys are the choice for the 21st century, and we wanted to cry BULL SH*T!

But to shout from the rooftops we needed proof…so we found it in the TV characters that get women addicted to shows like The Vampire Diaries, Mad Men and True Blood.

After rounding up 53 of the “sexiest TV character” lists ONLY written by women and counting 444 votes we slam dunk proved it: 86% of women’s favorite TV characters are – you guessed it – bad to the bone. Bad boys aren’t just winning…they’re cleaning up.

What was the most shocking thing you found?

Get this: 40% of women’s votes didn’t just go to any old bad boy. They went to cold blooded MURDERERS like Dexter Morgan, Damon Salvatore and Jesse Pinkman.

Most shocking: 40% of women’s votes went to cold-blooded MURDERERS.

This quote from a Dexter fan kinda says it all: “I’m starting to get alarmed about how many murderers I would justify getting with, but Dexter only kills other killers so it’s like he’s not even a killer at all. He’s basically Batman. Beautiful, ginger Batman.”

Sure, this was all about fantasy boyfriends (serial killers wouldn’t be ideal in real life), but despite this data being very tongue in cheek, it speaks VOLUMES about the type of man that makes women…you know…go WILD.

Tell me, oh gurus…why do you think we women DO THIS STUFF?

Women do it because oh…it feels so GOOOOOD! Bad boys allow women to unleash their most primal, sexual urges. They deliver a roller coaster ride of passion, danger, adventure and animalistic lust. Here’s a quote from a Don Draper fan that sums this up perfectly:

I mean, feelings are good, but come on. Get over it. Take a trip to the sex toy shop if you must, or find a better feeling. You deserve it!

20 Responses to "Hooked on a feeling"