So… without getting overly personal (yeah right), I’m going to tell you something only a few people on the planet know about me.

I wear a medical patch that strategically releases essential medication through my skin into my blood stream on a daily basis. This patch makes the existence of “somewhat normal Lisa” possible. Without this patch, “Bitchy, homicidal Lisa” swallows up somewhat normal Lisa and mutates into a giant, sledgehammer wielding psychopathic, yellow-eyed monster, destroying everything in her path. 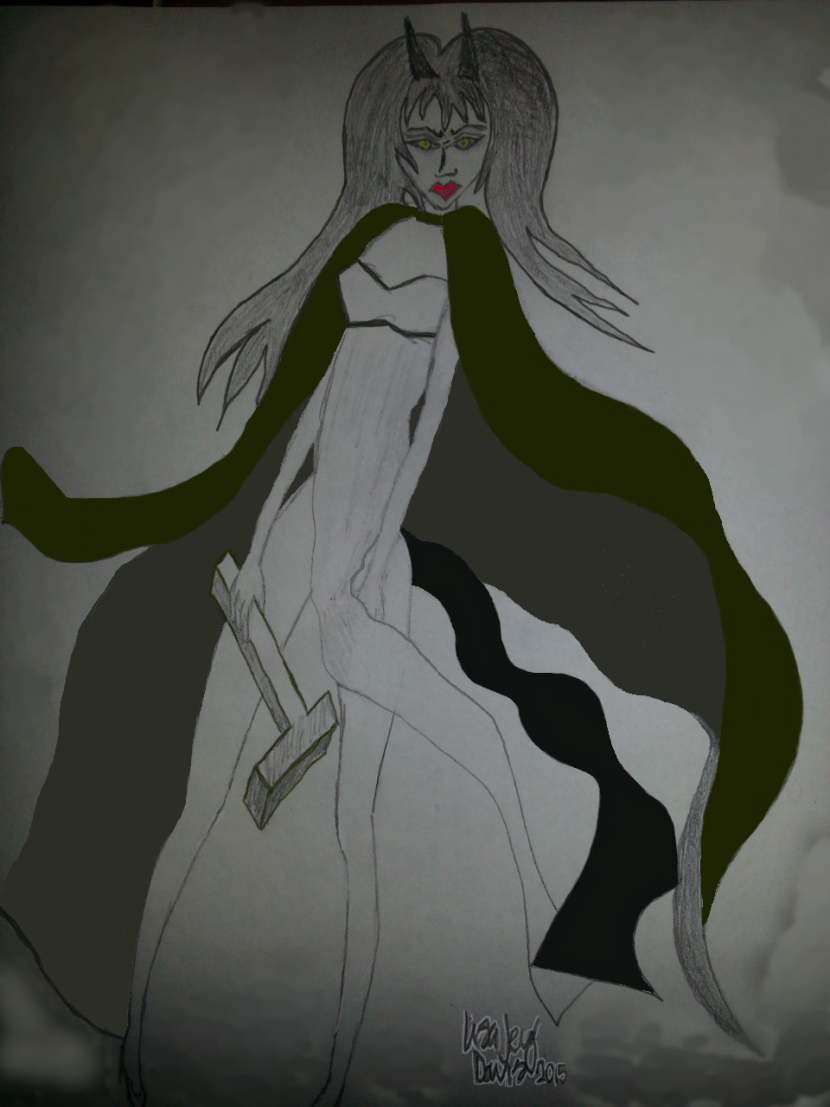 (I admit, when tasked with drawing a super scary, psychopathic killer female, I ended up with some kind of sexy she-devil. One could argue seduction by sledgehammer is a little freaky, though.)

The patch is supposed to dole out HORMONES, AS-NEEDED people. It keeps the evil beast sequestered into the dark recesses of the mind, and hidden deep beneath the surface, where there is only sunshine, butterflies, bubble gum and twinkle lights… If the patch doesn’t do its job, LOOK OUT. No one wants to be around Bitchy, Homicidal Lisa.

I think we can all agree the patch is a friend to us all.

Then, recently the pharmacy changed the patch I use (my insurance quit covering the usual one and I was back to the TORTILLA sized generic one I thought I’d rid myself of months ago).

It wasn’t until I’d been wearing the new patch for about a day that I noticed something was off.

It started when general (fairly usual) computer glitches interrupted my work flow. It’s a bit foggy now, but I believe I was trying to sync something from my smart phone to the Big Screen, when I yanked the chord from my phone and flung my poor Samsung across the room.

Then I went out into the world.

When I returned home, I was shaky, sweaty, weak in the knees with heart palpitations, presumably returning home from my first kill. I told M.C. Nugget that perhaps something was wrong with my patch.

“Really?” he said, backing slowly away.

“Yep!  flailing my arms around wildly as I spoke, “I hurled expletives that I never say on the road today!”

I said all of this with eyebrows raised. Do you KNOW how insane that looks, you guys?

“And…  I actually entertained the idea of running over a little old man in a hat when he ran across Venice Boulevard, willy nilly.  THERE WAS NO CROSS WALK NUGGIE! He just zipped across, hoping we would all see him and no one would hit him.”

I was about to go on, when Nuggie asked “So you think it’s the new patch? What do you think is wrong?”

“It’s generic! GENERIC! It’s probably made of cardboard or something.”

Leave it to Nuggie to make me laugh in a moment of utter TERROR.

But I actually thought about it for a second. “I HARDLY HAVE ROOM ON MY ASS FOR ONE PATCH!” I laughed. “Can you imagine?”

[REMEMBER THIS FROM WHEN I USE TO WEAR THE SAME PATCH:

Then, thinking about it a little more I said, “But you’re probably right. I wish I had enough patches to wear a patch and a half!”

Then he did it.

M.C. Nugget ended with this, and dammit, I wish I could take the credit. He laughed and said, in his best Ms. Cheevious, bitchy girl impersonation: “I have a patch-and-a-half habit DAMMIT! I NEED THEM! Give me more patches! “

21 Responses to "A patch-and-a-half habit"