IT’S A BURRITO OF SORTS

Warning guys: This post is all about girl problems. But if you’re a guy, and you ever want to be with a woman, you might as well become comfortable with girly issues right now. I’m happy to help.

The other night, M.C. Nugget and I were thoroughly enjoying ourselves at a 70’s party, dancing up a storm to  our favorite tunes of the decade (it’s not because we’re old enough to have favorite tunes from that era… really… it’s because we are cool and cultured), and mixing cocktails or noshing on Lay’s potato chips with sour cream and onion dip. Suddenly, I interrupted our far-out rituals, when I felt something strange going on down the back side of my pants and asked our hostess to point me in the direction of the lady’s room. 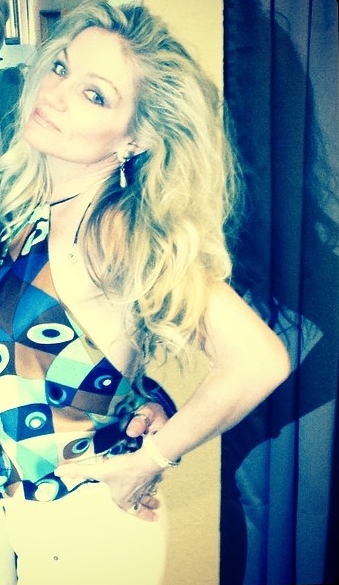 (This was me as “Stace” for the 70’s dance party. Nuggie was “Dig” and looked fabulous)

I was wearing white pants, so I am sure some of the guests wondered if I was experiencing what every single female dreads: a visit by cousin “Flo.” You and I both know I don’t have visits from cousin Flo any more because of my surgery and stuff, but most days I act about 25 years old, and some of those days I think I even look it (especially when I don’t have my glasses on… man I look good). So I can totally understand why they’d immediately go there.

But no. What sent me scampering off to the restroom just before I was able to unleash my best disco move to the chorus of “We Are Family” by Sister Sledge, was the fact I felt that something had gone awry with my estrogen patch (which was stuck to my tush).

I’m going to interrupt this titillating tale to educate you for a moment on hormone patches. They’re “all the rage” of hormone delivery systems because they go through your skin, bypassing your liver and your metabolism. They’re supposed to be uber sticky so that even if you take a shower or sweat, they remain in place and do their job. One of the newest versions, the  Vivelle Dot   (of which, I do not use, because I would have to sell my first born child in order to afford a single month’s supply, and my first born child is all grown up and wouldn’t be too thrilled about that) pretty much does exactly what it says it will do (I know this because I got a one-time free month’s supply and tried it). I could wear those babies in the hot tub, and they would stay in place. They say the hormones are centralized on the patch, so even if water gets in and the patch lifts off around the edges, it’ll keep doing its job. I never had a single issue with them. There are a number of other great things about those super expensive, fabulous patches – like the fact they’re about the size of a nickel and deliver both the estrogen and the progesterone needed. Awesome.

The other VERY IMPORTANT thing to note is that all of these patches, no matter what brand, must be handled with extreme care. They are very clear on the directions that once you open the patch you are NOT TO TOUCH the sticky side with your fingers. If you do, you might explode, and you’re supposed to torch the patch, do a voodoo dance and throw it away, starting over with a new patch (they only give you enough for one month, by the way. There are no spares).

Long story short, I use a generic patch. It’s cheaper and it’s covered by my insurance (as long as my doctor can write an impressive enough letter explaining succinctly that I may kill them all if they don’t cover it). So you guys, I have a patch the size of my entire butt cheek on my ass!!! And it only delivers the estrogen, so I have to remember to take a nightly pill to get the progesterone I need!! These are first world problems, but they’re real problems people. 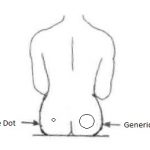 That stupid generic patch (made by Mylan) had been giving me problems all week (I replace these patches weekly). I noticed from the beginning, if I so much as got a direct drop of water on that thing in the shower, it would lift all the way off. Well, when I got to the restroom the other night, I found the patch in a complete state of disarray. It wasn’t only lifted off or moved. It was rolled up into a little estrogen burrito! STICKY SIDE OUT!!!

I was more pissed off than anything. Talk about hormonal.

So, Ignoring every DO NOT TOUCH warning, I unrolled that puppy and flattened it back down with annoyed determination, thinking

Dammit. The Doobie Brothers are on and I’m unrolling my estrogen burrito…

17 Responses to "It’s a burrito of sorts"