So, I recently attended a performance of “Riverdance – the Farewell Tour” Opening Night Gala at the Pantages Theatre in Hollywood.

I have to say, had I based my decision to attend on the television commercials from way back in the 90’s, when Riverdance became all the rage, I may never have set foot out of my house that night!  Those commercials gave me absolutely no reason to pick up the phone or drive to the box office to buy a ticket. So, for years I relegated Riverdance to the dark recesses of my mind, right there next to all six of the Saw movies, and the broadway play Taller Than a Dwarf.

But when I received an invitation for my clients to attend the opening night gala of  “Riverdance – The Farewell Tour”  at the Pantages Theatre in Hollywood – well, let’s just say, five of my clients and their guests said “YES” and I was able to tag along.

It was a great opportunity for my clients, and proved to be an incredible treat as well. Below is a strip of red carpet photos from that night… but you know the drill… I don’t divulge identities of my peeps!  So, you’ll just have to use your imagination!

As far as the show itself — can I just say “WOW“?   It was PHENOMINAL, magical, mysterious, ethereal… well – you get the point.  I had no idea!  I feel so fortunate to be able to say I’ve seen this incredible show!

It’s difficult to describe, but wikipedia puts it like this: “Riverdance is a theatrical show consisting of traditional Irish step dancing, notable for its rapid leg movements while body and arms are kept largely stationary.”

Okay – so, I know what you’re thinking:  It’s a bunch of folk dancing demonstrations, like Mexican Hat Dancing or whatever… the kind that use to show up for “international day” in elementary school.  But I assure you – this is FAR FROM THAT!  It’s replete with music that ranges from jazzy and eclectic sort of celtic fusion to whimsical and contemporary music that accompanies the talented “step” dancers, as well as a few guests.  The guests range from street tap dancers (think Gregory Hines in “White Nights” or “Tap,”) to members of the Moscow Russian Dance Troupe.  And that doesn’t even begin to describe the incredible vocal ensemble, and ethereal choral combinations that these people were capable of!  Needless to say, the entire show – and it’s extremely talented cast – was outstanding. I would highly recommend this to anyone who enjoys live performance, music, theatre or dance.  It’s got all of the above.

Here are just a few images from the performance.  You may want to check your local theatre listings and try to catch Riverdance, before it goes away for good!  It’s time and money very well spent. 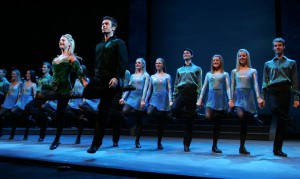 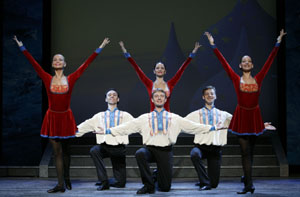 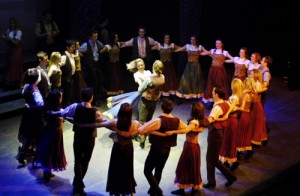 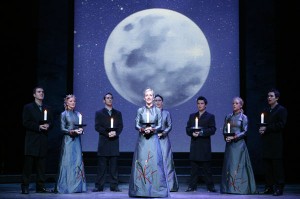 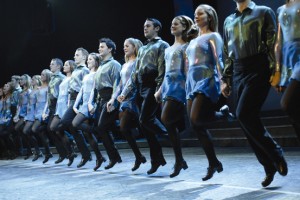 So there you have it people!  I’m in blustery, wintery Massachusetts as I type this.  M.C.’s parents are celebrating FIFTY glorious years together.  Whew! You don’t see that every day… it’s AWESOME!

Tune in next week people, when you’ll get some backstage dish (vicarious, of course) on the Golden Globes, Sundance and more.  That is, if I can get my friends to TALK. HA!