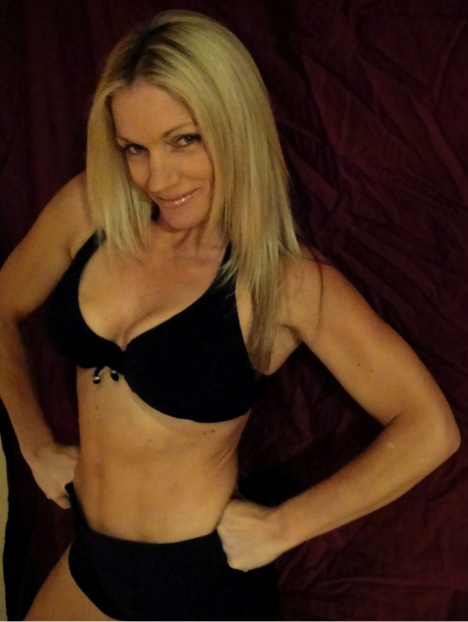 Okay, okay!  I know you are wondering if I went for it this past Saturday and tried out for the Los Angeles Temptation (the LA team in the Lingerie Football League) at their open tryouts.  I expressed my concerns (as to whether they might just laugh and tell me to go home, etc.) in my last post, “Lingerie Football League… To Tryout or Not.”  And the answer is…..

I went on Saturday, with borrowed cleats that were a half size too small (ouch), got in line, got my number (#111), and did what I could.  Here are my quick notes on the day, and I’ll let you get straight to the video:

So without further delay, enjoy this little montage in honor of my tryout.  After I finished editing it, and posted it to Youtube, I thought perhaps it looked a bit over-the-top.  You know?  Like, all-about-MEEEEEE?  And I suppose it probably does.  But you know what?  TOUGH TOAST.  I am the one who’s banged up here.  I think we can let this one slide.  HA!

Note:  In the closing credits, I called myself “Tryer-Outer #1” because I was the first one to show up on the video… that’s usually how it’s done…  I didn’t do it in reference, obviously, to the number I was assigned for that day.

So there you have it!  My big day!  The best news is, if I really want to seriously train and tryout again, with better speed, agility, etc… I will have another chance right before training camp in late July or August!  Yayyyyy!!

Have a fantastic week you sporto’s out there. Go get some exercise!