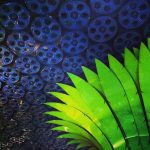 One Response to "We’re a big city too"