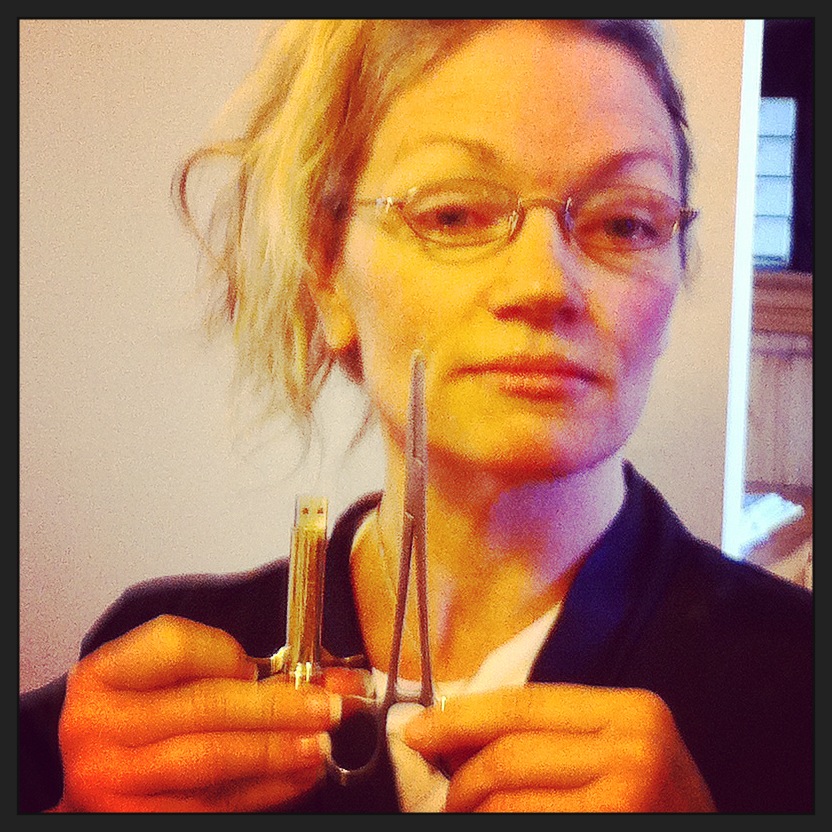 Cinemax’s new show “The Knick” about medicine and surgery at the Knickerbocker Hospital in New York City starring Clive Owen, is just, well, gross. It’s chilling, it’s gritty and it’s loathsome (if you’ve ever been around that kind of addiction as I have)… and yet… it’s fantastic (you can tweet that). Even with all its base goings-on, I couldn’t stop watching.

The series premiere opens with Dr. Thackery (Clive Owen) shooting cocaine between his toes as he rides to work in a horse drawn carriage. The gruesome medical practices, which were thought to be cutting edge procedures of modern medicine at the time, are played out in all their guts and glory (pun intended) for all to see in a room full of un-scrubbed, un-masked and presumably un-cleansed observers. Typical hurdles facing hospitals of the period are addressed, with talks about financial distress and the need for more surgeons. The Knick steps out on a limb, addressing the issues of segregation and discrimination with a new surgeon who, though well-educated, also happens to be black – unheard of in a white hospital circa. 1900.

I have been tweeting for months about the show via @lisajey because a friend of ours, the very talented Grainger Hines (follow him on Twitter), is one of the series regulars (playing wealthy financier Captain August Robertson), and we’ve been SUPER EXCITED for him and for the show’s premiere (which was this past Friday, August 8).

I was going about my merry tweeting business when one day I received notification that Cinemax followed me. I didn’t think too much of it because companies follow me all the time (and I don’t necessarily follow them back), but you know… this was CINEMAX.

Given my PR background, I initially thought Huh… someone’s figured out how awesome I am. And in this case I still didn’t automatically follow them back. I kinda figured they had their fair share of followers. I recall mentioning to M.C. Nugget (my beau, for you newbies) how they’d followed me, and how I found it a bit perplexing, but I said “What the heck. I’ll give them a follow, even though they don’t need me…”

Once I’d followed I realized the method to their lovely madness. They wanted to “direct message” (DM) me on Twitter, and they couldn’t do that unless I followed them. I’m glad I did. The direct message said they wanted to send me some swag from the show and they needed my address. I said HELL YEAH, and sent it over.

I expected a tee-shirt.

Here is what arrived: 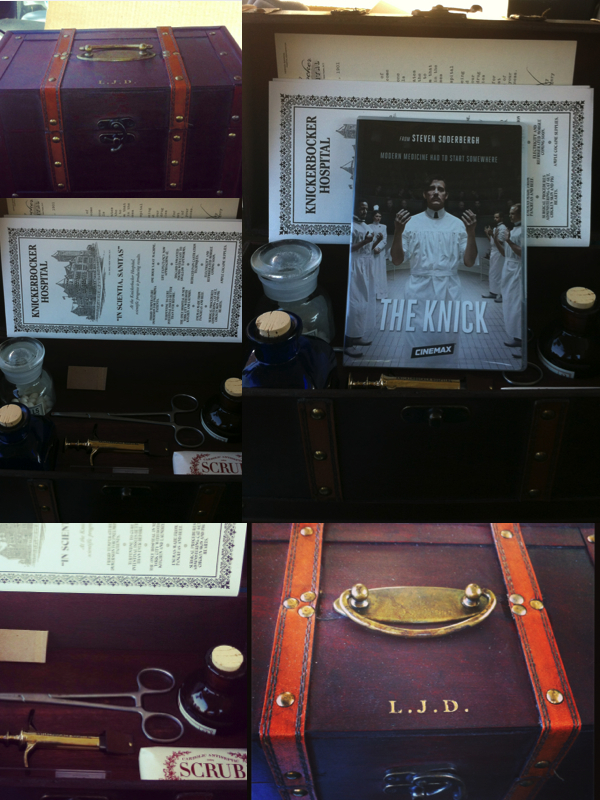 Now, before I launch into a diatribe about this little piece of marketing, let me deconstruct this personalized surgical kit for you (personalized because, you know, The Knick probably plans to add me to their surgical team). There are ointments, pills and tinctures (which made my car smell like Campho Phenique – even through the shipping materials), a bar of soap for scrubbing-in, surgical scissors, and that little gold thing that looks like a blood-letting device, along with some microscope slides to conduct my research. The gold blood-letter is a MEMORY DRIVE with posters, videos and more. As to the marketing behind this? GENIUS (end of diatribe).

Here are some of the tweets I shared as a result of this little surprise. If you aren’t seeing them via RSS or email, you can see everything the way it’s supposed to look here.

Now I can add gruesome #medical practices to my repartee thx to @Cinemax & @AtTheKnick! Who has Cinemax?Premiere 8/8! pic.twitter.com/Ja0yprsmcq

I was JUST talking about #TheKnick & this showed up from the show. So how’s this: #TVSeries for @EmceeNug#artknbpic.twitter.com/CtvG7w2eCR

I’m so glad The Knick decided to add me as a new surgeon. I’m real good with scissors. 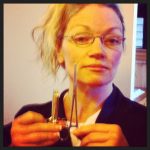 All I can say is I’m ready for my close up Mr. Soderbergh.

#MomFactor: This television show is most certainly not appropriate for the little ones, but it is a-okay for mommies who don’t have a weak stomach.