This is the first in a two-part series I am posting in honor of my lovely, wonderful, incredibly warm and caring mother – Nereide Francesca Padalino Sherwood – who passed away early today, December 3, 2009. I and all of my siblings, as well as our entire family will miss her deeply, and are only comforted to know that our beloved’s suffering is over, and she can now rest eternally.

The story below, originally entitled, “An Italian Daughter” was written for a website I started years ago, called mscheevious.com.

The premise for Extended Circles was to give people an opportunity to reach out and really “meet” or “get to know” others from diverse cultures and backgrounds.  Alas, though the site still exists, I have other projects that take precidence, and have back-burnered it for now.

This is one of the “circles” that my mother authorized about her own life.  I hope you are as touched by her story as I am – every time I read it.

I was born on September 25, 1924 in Torremaggiore, Italy to Francesco Padalino, my father, an Italian National (also listed in “Who’s Who in Italy for his academic achievements), and my mother Umanita Tamaroglio (who’d been formally trained as an opera singer and pianist in Italy). Though she was born in the United States to Italian immigrants, my mother fled the United States when the marriage went sour, with my older sister Licia (who was only a little over a year old), to the security of life with my paternal grandparents.  She was still pregnant with me at the time. My father apparently followed, because he was there at my birth to help name me Nereide Francesca Padalino.  Nonetheless, divorce was imminent, though virtually unheard of in those days, particularly in Italy, where it was still illegal!  Her mother had intervened in that decision as well, and my mother, I am told, was left heartbroken, and was never the same again.

When my maternal grandmother learned of my mother’s plans to leave Francesco and return to the United States to regain her citizenship, she insisted that my mother could not come to New Jersey (where the rest of her family had emigrated).  My grandmother did not want my mother to arrive back home with two babies to care for.  So, even though I was just an infant, my mother found a family that lived on a farm in Tuscany (in Foyana de la Chiana) for me to live with.  The wife, Julia Farcetti, took her 1 1/2 year old baby off the breast, to breastfeed me!  She became my wet nurse.

My mother took my older sister Licia back to the United States to live with her family.  She found a job working for a doctor and sent money occasionally to my new Italian family, to assist with my care.  By the time my mother saved enough money to send for me, I was six years old.  I did not understand what was happening to me, except that I would go to America on a ship.  I was to be placed in the charge of the captain, Mr. Dinegri, whom my mother had apparently fallen in love with and intended to marry years before!

I remember my Baillia (Italian for “wet nurse”) sitting across from me on the train that took us to Naples where the ship docked. I was leaving the only family I had ever known and was being sent away. Baillia said I would see my real mamma and that I had a sister, too. She appeared sad. I distinctly remember the long, lonely, sad train whistle, which for months afterward always gave rise to tears.

It has been a very long time since those days, and many more adventures between then and now, including some time at a boarding house / orphanage in the care of nuns, where my older sister would not accept me as her sibling – with my broken English and Italian accent. I would try to sleep at night and hear the trains whistling in the distance, and cry from loneliness, only to be soothed by the gentle caresses of a young, lovely nun, who spoke Italian to me.

As I grew, I was determined to make a better life for myself, despite all the obstacles.  I went on to have incredible experiences in the New York city theatre scene, working under J. J. Shubert, himself! Those times in the theatre came at what is also known as the golden age of America – just before and during World War II.  It was a very difficult time, but everyone  in the country worked hard and seemed determined to make it through the war to the promise of a better life.  I met the man (Orville Joe Sherwood) I married and built a life with back then as well, and even our chance meeting had storybook implications.  We were together for over forty years, and had eleven children together.  We opened and operated successful businesses, and watched as our children grew and had children of their own. Joe went into retirement just before he died of cancer in 1988.

My elderly years have been filled with travel, family and fun times, and I realize that the journey is just a very small part of the process.  There are wonderful people, faces and places to know and love, and I relish every moment. 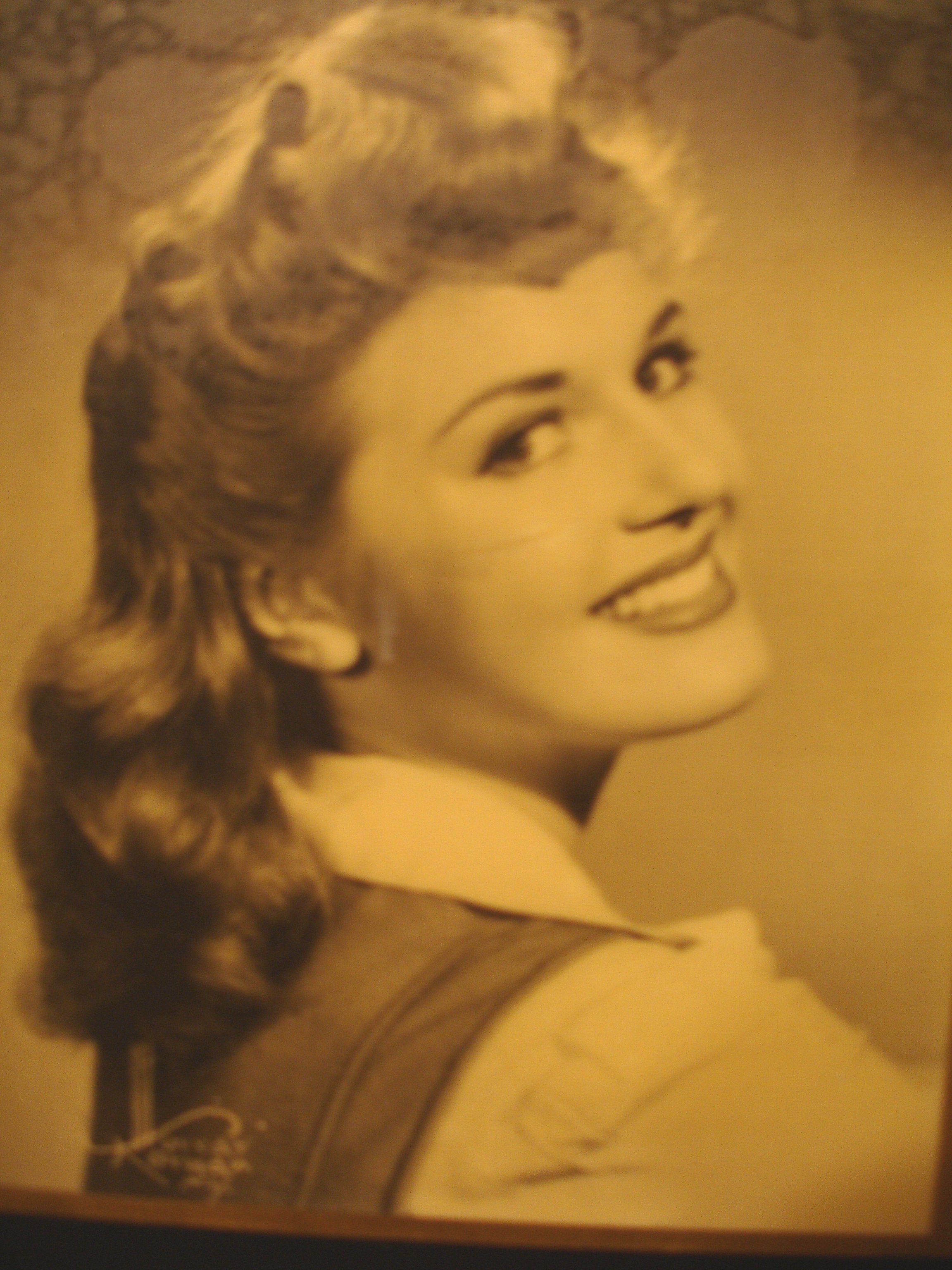 We love you mom!  May you rest in peace!

I leave you all with these words:  Don’t ever forget or delay saying “I love you with all my heart” and “Forgive me for ever hurting you” to anyone that you care about.