When our friends Bogey and Bacall raved about the new television drama “House of Cards” only viewable on Netflix’s streaming service, our eyes were opened. We’d held out for so long on principle. That Netflix would charge more money to view things via streaming, and we could get a larger selection of films cheaper if they sent us a disc, infuriated us (M.C.). The new original content they were producing and streaming hadn’t deterred us (M.C.) until now.

I looked my money crunching honey in the eye from across the courtyard of the Bogey/Bacall’s bohemian courtyard (from whence we created our own episode of “LOST – the Mar Vista Experience” in our heads) and said, “We’re in this business. I think it may be time to pay the few extra dollars a month to see some of these shows.”

It’s been downhill since then.

We binge-watched the entire first seasons of Homeland and House of Cards within the first month and a half. I have many thoughts about the incredible writing and acting on each of these shows (not to mention every other art form represented in the making of television shows, which actually deserve mentions in these two cases).  I’ll save those for another time. 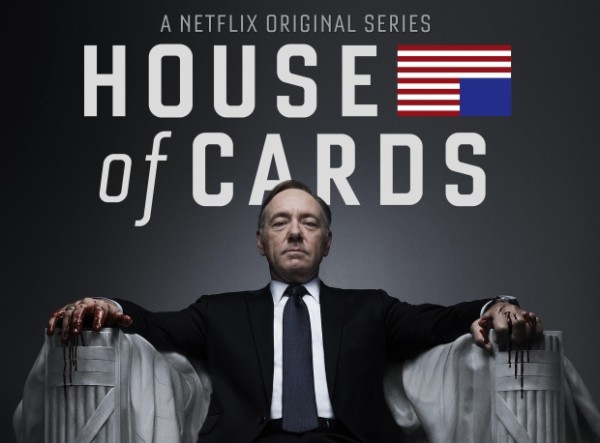 Once we’d finished these shows, we were left with the … well, nothing.  It’s that void that sets in to remind us of how lame we are, that we have nothing better to do then to plop our butts down on a sofa in front of a fifty-inch box of moving light and color every night…

But once there was a void, we searched for our next fix (hmmm… Net Flix / Next Fix). That’s when we landed on Mad Men. We chose it because people had been raving about the show for years. I can’t really say which “people,” except one or two friends in the flesh. The more I think about it, the more I realize how much my newsfeed on Facebook (chock full of posts from over a thousand friends, most of whom I do not know in person), and my Twitter Feed (even more of whom I have never met) probably influenced this decision.

So, since, oh about April we’ve gone through almost five seasons.

It’s not necessarily because every show is incredibly compelling, no; far from it. Our (my) newly formed habit required a fix, and this for now (since we also plowed through and finished the first season of Game of Thrones on loan from a friend), is it.

I turned to M.C. Nugget after watching an episode from season 5 last night and said, “You know? If you think about it, it’s not really that great of a show. It reminds me of bad daytime drama sometimes (notice I said “bad” daytime drama, because not all daytime drama is bad).  If I had watched the show from the beginning, a few episodes like this one, and they would have lost me. But I think because of the mania surrounding the show I have held on.” We deliberated this point for a few moments, before shrugging and heading to the kitchen for peach cobbler. But we decided it must be the craze that keeps us (me) going. Maybe from here on out it gets more incredible?

We had to face it. We succumbed to television peer pressure… over Mad Men, the craze.

Me. I am just mad. But then again, I always finish what I start. Where will you be tonight?