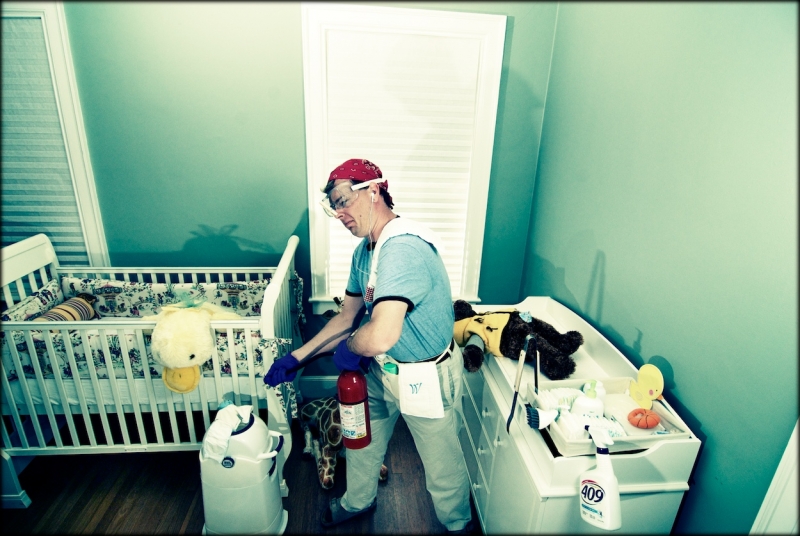 DIAPER CHANGING COULD BE THE END OF US ALL

Last week sometime M.C. Nugget and I were out with a friend who was visiting from out of town, having a drink.

We talked about our upcoming plans —  to visit my niece and her three kids for the two-year old’s Princess birthday party.

Our friend (a female) and I laughed out loud at the notion of Nuggie surrounded by screaming, squealing kids. He doesn’t really DO kids. He doesn’t do two-year old princess birthday parties, either. He never has, and until this past weekend he never planned to.

Somehow, probably after a glass or two of wine, the conversation meandered around the subject of what Nuggie would do if left on his own with said kids. Then our fantastic friend asked the question that started the zany spiral: YOU’VE BEEN PUKED ON BY A KID BEFORE, HAVEN’T YOU?

That would be a NO.

What? You’ve never been spit up on, even when holding your niece when she was a baby?

Nuggie informed us that although he has a niece who is the golden and beloved grandchild in the MCNUGGET family tree, he’d never in all of his life even changed a diaper.

We couldn’t believe it, but Nuggie insisted it was not all that unusual. He was sure most of his adult friends had never done the deed either.

So I decided to check.

Below is a series of texts. First from me, to Nuggie’s best friend, Bogey. Let me set the stage for you: Nuggie and his buddy are both at least 50. Did I just say that out loud? Yes. But we’re all friends here, and 50 is the new 30. Did I also mention they are both actors? You’ll understand when you read it.

FROM ME TO OUR FRIEND BOGEY: 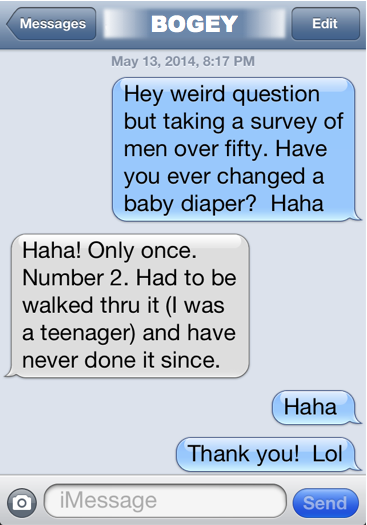 AND NOW THE CONVERSATION

ALL OF THE BELOW ARE TAKEN FROM NUGGIE’S CELL: 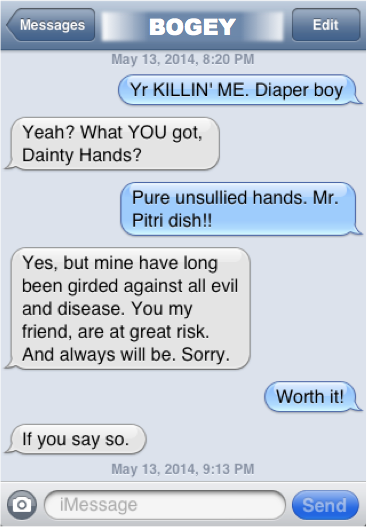 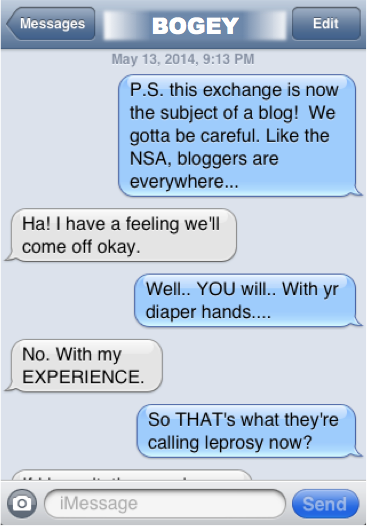 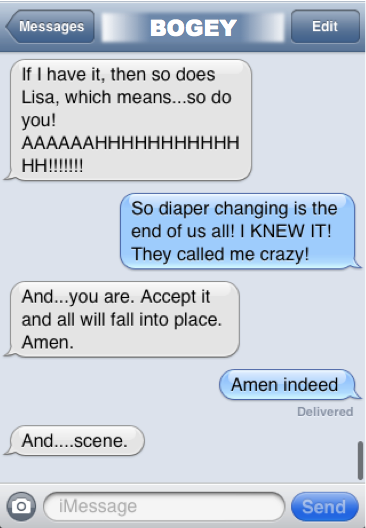 Diaper changing could be the end of us all. But I can feel it in the air ladies and gentlemen. A “change” is definitely coming.