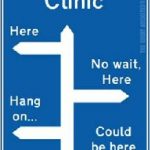 10 Responses to "When this goes it’s all over"