Reminders from the set: This thing cannot be kept quiet

I’m currently on location with M.C. Nugget, while he finishes up shooting a film. I’ve been on sets many  times, in  producer, talent management and publicist roles, but rarely have I been on a set with Nuggie as his girlfriend first, publicist second. Here are a couple of things I’ve been reminded of using my keen powers of observation this time around

– While on location, though I most certainly do know the answer to everything, I am not required to provide it. I know, I know. It’s hard to fathom. It’s equally surprisingly difficult. I’m just so damned helpful, and  smart, it’s tough for me to contain the brilliance.

– People on the production crew who are randomly talking around me are probably not speaking to me, but to the little person residing at the other end of the headset they’re wearing. Again, no need to engage in conversation or answer questions, even if I think I overheard the answer from someone else. They probably won’t hear me anyway, with the person THEY WERE SPEAKING TO talking to them in their headset.

– When Nuggie asks me to take photos with “the big boy” aka the Canon 7D, I probably shouldn’t snap a photo with it after  the director yells “Action!” That thing cannot be kept quiet. It’s in its mechanism to make a noise when the little button is clicked… 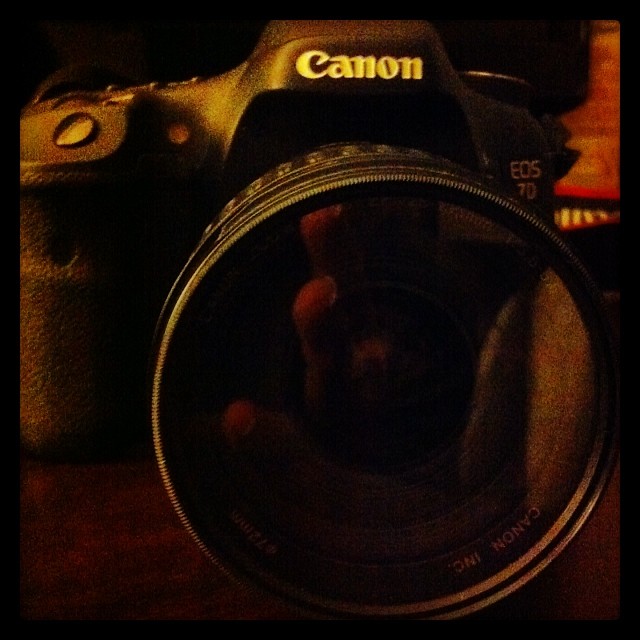 Oh, and the thing apparently amplifies the shutter sound 100X any time a director yells “Action,” teachers command “Quiet” or bad guys say “Where are you?” (when you’re hiding from them in a closet, trying to snap a photo for evidence, of course).

No offering your brilliance to the people on the crew, because Hey! Here’s a newsflash: You aren’t required to do so!

No answering people who aren’t talking to you, because THEY AREN’T TALKING TO YOU.

No snapping photos after the director yells “ACTION.” because the Canon 7D cannot be kept quiet.

Canon 7d property of ME, and the photo taken by me – Lisa Jey Davis.