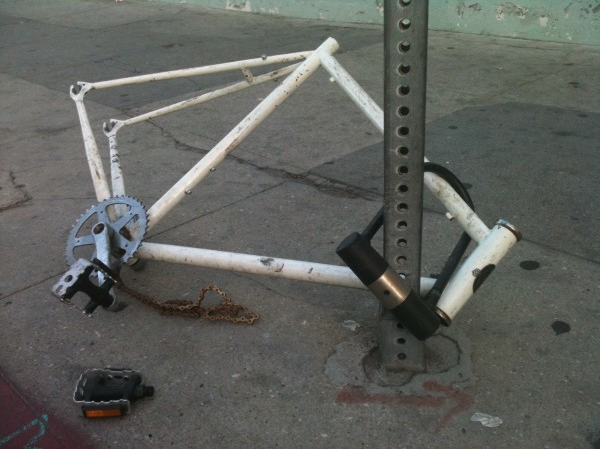 Bicycling around your beach community in anything that can carry you… about $200 dollars.
Super duper hard-core lock, to keep thieves away… about $30 dollars (or less).
A persistant thief who will take all but your frame…