I know. It’s impossible to fathom such words from me. I’m the Queen of Mischief, after all.

Rest assured, that day is not today.

By now you’ve no doubt heard of the cyber attacks by the Syrian electronic army on the New York Times which shut the site down for a day.

It made me realize that any one of our sites are vulnerable.

When it occurred to me that I could lose control of my websites, I strategically and covertly set out to protect my property. I realize mscheevious.com and lisajeydavis.com are no New York Times, by any stretch of the imagination, but this shit is SERIOUS.

Nuggie was the one to call this to my attention when he said If they go after the #DailyNugget, there will be trouble. He is SPOT ON.

If the Syrian electronic army comes after us, I’ll be ready for them. And heads will roll. 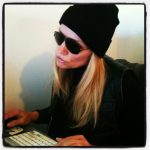 4 Responses to "If the Syrian electronic army comes after us"