I am allergic to bees, so in my world, bees are normally the enemy. Something sort of like “reaction-osmosis” occurs between me and other flying insects too, which makes them suffer as well. Poor bastards. I am programmed to squeal and dart like a bat out of hell, arms flailing any time a bee (or any other insect remotely resembling a bee (osmosis part)) flies within five feet of my personal space (which is quite large). Knowing this, you could say it would be a cold day in hell, the day I ask the question “Got bees, anyone?” 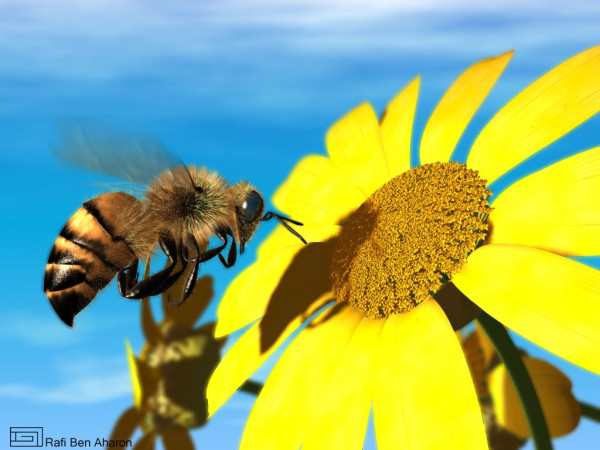 THAT DAY HAS ARRIVED.

Because I’ve changed. People do, you know. As a mother of two boys, I can attest to the fact that people do change.

Ever since I read about the Plight of the Honey Bee, I realized how in danger we REALLY ARE of becoming seriously deprived of very important foods (DO NOT take my avocados away. You do NOT want to be around if that day ever comes, because I will cut people). It could happen. And all because of this nifty little invention that infused pesticides into seeds – “genetically modified seeds” (and now soil).

Ever since reading about that, I’ve been worried about the little buggers (pun intended). I’ve been looking high and low for the black and yellow creepers…even hoping to see them. It’s been very scant this summer.

I’m more than a little disturbed (even angered) that this hasn’t been dealt with swiftly… that production of the genetically modified seeds hasn’t been brought to a screeching halt and all affected soil taken to some dump some place far from any threat to humans. Aside from taking my steel spiked stilettos and using them as a weapon to bang some sense into the heads of — well, anyone involved, I’m not sure what else to do!

Is anything being done about this? And more importantly… do you have any bees?

THIS IS WHEN WE ARE SUPPOSED TO ASK WHY THERE IS NOT A PERSON IN CHARGE OF THIS PROBLEM.

And here is something. Apparently congress introduced a bill just this July to address part of the problem in the form of H.R. 2692- Saving America’s Pollinators Act of 2013, and you can read about that here. Then tell your member of congress to DO SOMETHING. Would you?