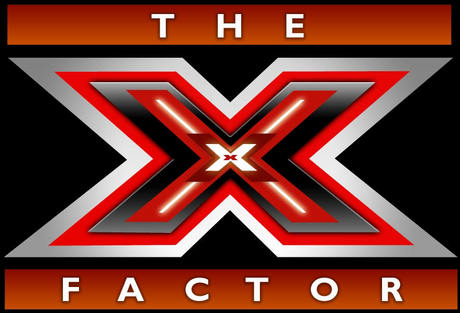 I apologize in advance, but this is not a review of the popular television show The X Factor starring Simon Cowell. You will not find any content about singers or performers here.  No, my little devlish ones, this post is about the OFFICIAL X-Factor, and stars one Ms. Nawty Norski, but the only singing going on in this post, well – there is none.  You can hum along to “Oh Sweet Mystery of Life” if you’d like (look it up you rug-rats that don’t know what I’m talking about, sheesh! Look specifically for clips of the late Madeline Kahn belting out a few bars of it in the classic favorite, and hilarious film “Young Frankenstein”).

Over the recent Valentine’s Day holiday, a gal pal of mine, Ms. Nawty Norski, posed the following question, which is the essence of this post – The OFFICIAL X-Factor:

Can women successfully rekindle the flames of love and passion, or more importantly, have healthy relationships with X-boyfriends?

It came about because an X of Nawty’s got back in touch suddenly,  for no apparent reason. He is an X from years ago, who was far too immature to give her what she desired from a relationship back in the day. That’s why it ended in the first place.

In his most recent communications, X-Man seemed interested to pick things up from their most intimate of stopping points, professing a newfound maturity that was obviously amiss in years past.

She remained a bit ambivalent about the matter, but was willing to consider the merits of the situation, should Mr. X deliver the goods he was promising (those “goods,” aside from his newfound maturity, well they’re a bit x-rated. You see, Ms. Norski sent around a Nawty-Note for Valentine’s Day about how women are only interested in men who possess some very – ehem – specific qualities.  Not all physical, mind you.  One of those qualities was fiduciary. Well, Mr. X, who’d already been trying to “reconnect,” as it were, responded in the affirmative to her Nawtiness). Being the adventurous, mscheevious, inquisitive, fun-loving gal that Nawty is, she spent the evening at his home on Valentines Day. Nothing serious happenend, but she was not convinced. She asked me to pose it to you – my lovely readers. What do you think? 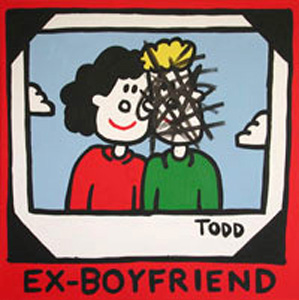 (Above image “borrowed” from http://furniturestoretoronto.blog.com/ex-boyfriend-quotes/)

Can we women overlook the hurt, pain, confusion and/or frustration (even disinterest) of the past with an X-boyfriend, husband or otherwise, and hope to engage in a fulfilling, fun, adventurous, positive relationship experience today?

Tell us what you think you wise, razor-sharp boys and girls. I am waiting with bated breath. And Ms. Norski? She’s holding hers. So hurry it up. The clock’s ticking. And you don’t have to join any email list to comment below, so you have no excuse. Feel free to advise Ms. Nawty Norski in your comment.

I’m going to post the most creative, fun, interesting, random or weird comment in my blog next time, so get to it, and use that wicked-smart wit and brain-power you’ve been given.

That’s all for today, but I’m in Mammoth Mountain ski resort as I type this, so you’ll be seeing another couple of videos from me very soon. Sorry. The nuttiness WILL forge on.

15 Responses to "The OFFICIAL X-Factor"