ONE SHADE OF RED

I was pleased to learn this week of a colleague, Scott Bury‘s upcoming book “One Shade of Red” – a parody of sorts to the knockout bestseller “Fifty Shades of Gray”. I’m also thrilled to be a part of the cover reveal (design by a mutual colleague David C. Cassidy) below: 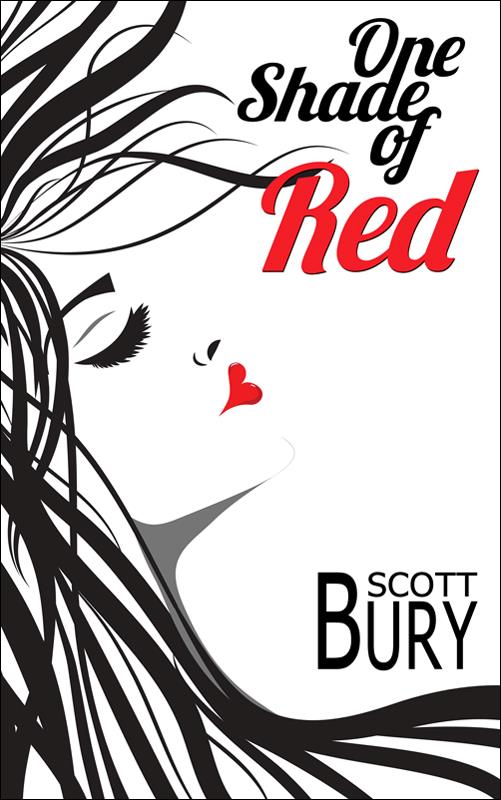 Here’s the synopsis for the book:

Women want the perfect man, so they can change him. But when university student Damian Serr discovers a rich, beautiful woman who’s voracious about sex, he doesn’t try to improve on perfection. It’s all that he can do to hold on for the ride.

Damian has always followed the rules, always tried to please others. At 20, he still dates the girl next door because his parents like her parents. When Nick, his university roommate, asks Damian to take over his pool-cleaning business so he can take an internship in London, Damian can’t say no — especially to Nick’s first and only client, a rich widow.

But widow Alexis Rosse is far from helpless or lonely. This beautiful financial genius is busy turning the markets upside-down, and she revels in sex wherever, whenever and with whomever she wants.

Over the summer, Alexis gives Damian an intense education. Day after day, she pushes him to his sexual limits. The only question he has is: will she break them?

Above synopsis aside (which was enough to intrigue me), when I read an excerpt (here) I was pleasantly surprised! Not that I didn’t expect Scott to write a good book, no. I guess I just half-expected this book to be anything BUT a book I would read (don’t even get me started on that one… it has to do with other male writers I’ve known from vastly different circles, and my inability to consider representing them as their publicist because of their poor writing abilities) — but au contraire.

Though the above synopsis alludes to a sexy romp of a book, I  found the excerpt to be super interesting and fun!  It made me want to read more. Isn’t that really what it’s supposed to be about… this whole “book-reading” thing?

And, on another note, how NICE it is to see a DUDE LIT-style book! And from what I can tell, it’s well-written at that. Those two words (well and written), when put together are enough to drive me cRaZY (in a good way)! It’s such a refreshing break from the over-done, over-saturated CHICK LIT genre our world can’t seem to get away from.

ONE SHADE OF RED. Wait for it. It’s available April 2nd.

I WISH I WAS BACK TO A HUMAN!

If you haven’t seen this AT&T commercial, it’s a must. Don’t go ANY.WHERE. I mean it. Watch this and thank me later. It is so funny, it has now entered the vernacular here at The Ms. Cheevious Chocolate Grotto.  In fact, just this morning I was whining and mumbling (I’m quite adept at the whine-mumble combo) about  how much work I have, and I found myself sounding just like this little girl.  Once you listen, you may have to ask yourself, “What came first? Ms. Cheevious’ whiny rants or this little girl’s?”

For those who cannot see the above youtube video in their browser, here is the photo as a link:

This commercial is so much a part of our conversation now that I ended my morning rant as such, “I have so much to do.. I have to write my blog… I want to work on my book, I have taxes… … … Rrrruh rrrruh rrrruh rrrruh… I wish I was back to a HUMAN…”  To which, M.C. Nugget replied, “So do I!”

Check out the Ms. Cheevious boutique on Zazzle:

11 Responses to "Things We Enjoyed This Week: One Shade of Red"