SOMETIMES YA JUST NEED ONE OF THESE

A scottish bagpiper that is. Nuggie and I were treated to this on our second visit to the Inn at Spanish Bay when we drove up to Sonoma to see Bogey’s film screen at the Sonoma Film Fest. 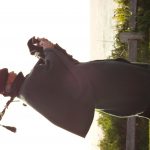 Nothing like a little bagpiping to set the mood.