“Beware the combination of libations and sunshine at sea.” ~ 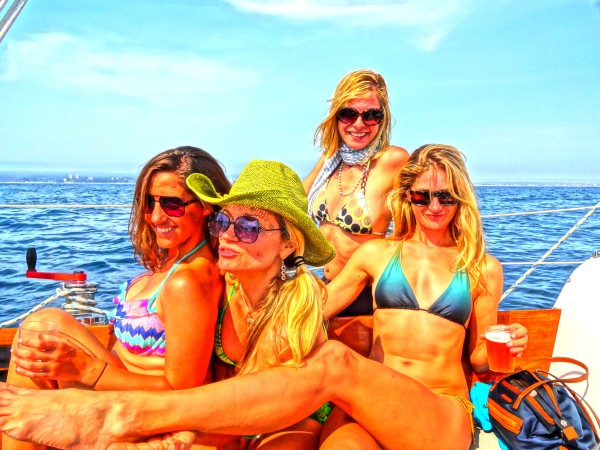 That’s what my tombstone would have read, if I’d died while stumbling and rolling my tuckus over to the bow to pose for the following spider girl photo (and oh yes, there were more…) on a recent sailing trip with friends. We were like every drunk girl that ever hit the dance floor!  You know, the ones who think they are the sexiest, divalicious babe in the club after a few cocktails?  This was us on the boat. We couldn’t get enough photos of ourselves.

It was fun, I must admit. And it could even be considered arrogant to complain in anyway about sailing with our friends. But I daresay I will most definitely lean more toward drinking WATER while on the high seas next time.

It can’t be safe to crawl around the bow in a condition that would probably get me a DUI if I were stupid enough to drive. 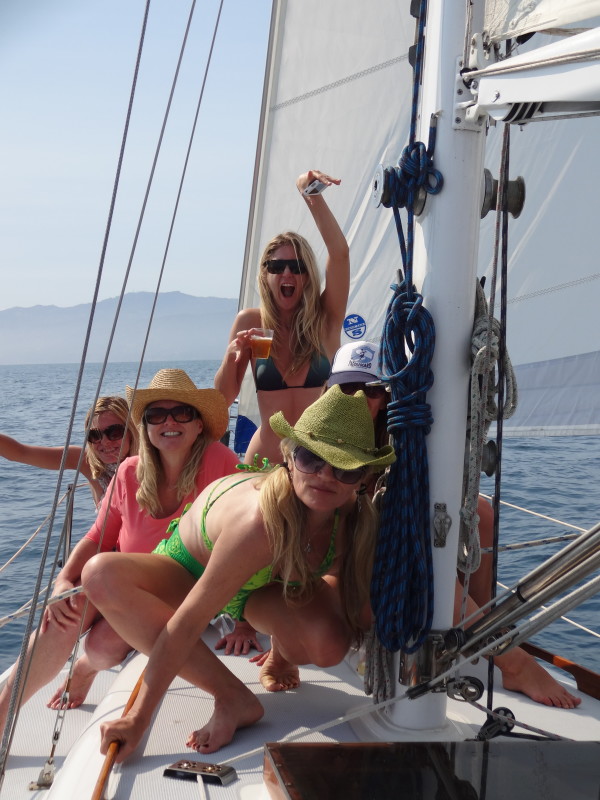 Let’s just leave it at this: I woke up from a “nap” on the boat and was foggy about whether I’d eaten my sandwich and how long I’d been out. When the photos surfaced, I was foggy still.  But then again, this is what sunshine and libations at sea will get you.

4 Responses to "Sunshine and libations at sea"