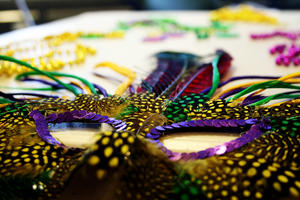 6 Responses to "Is Mardi Gras a spiritual event?"