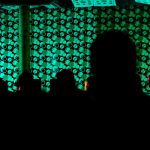 10 Responses to "Kiss before you date"