And the chocolate goes to…

It was a great giveaway, with over 30 comments (including my replies of course), and after filtering out those who were not qualified (ahem – NUGGIE), and one who is allergic to chocolate (poor soul), it was MITCH. MITCH won the box of goodies from Sucre New Orleans! Congratulations to Mitch, and best of luck to you all in the future! 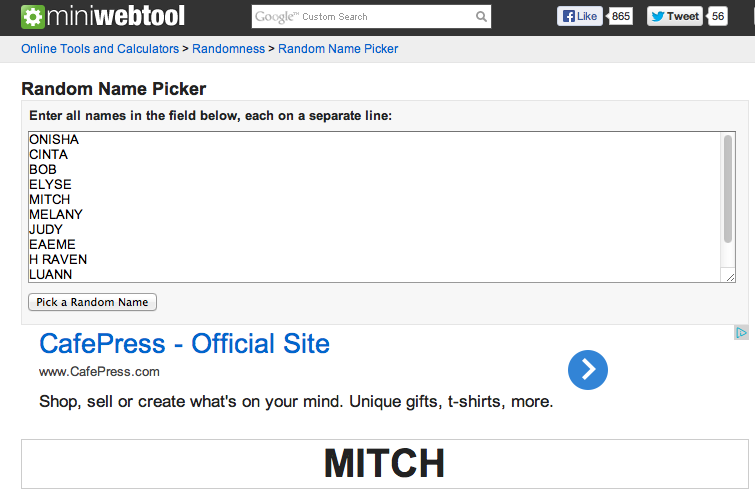 Thank you for all of your comments and stay tuned. I have some interesting and wonderfully Ms. Cheevious giveaways coming!

One Response to "And the chocolate goes to…"