I AM MS. CHEEVIOUS 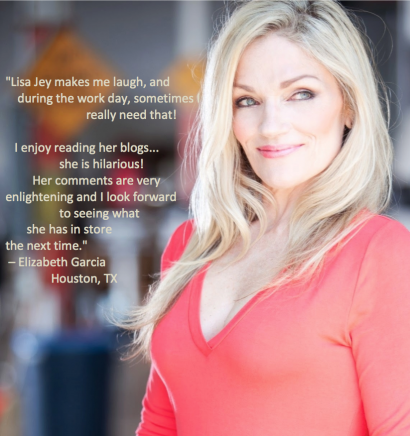 I started this website in about 2006 as a way to build up my writing chops and connect with people like YOU while writing my book Ms. Cheevious in Hollywood (which is the story of me getting divorced and being sad for a minute, but then recovering, kicking ass and taking names in the process). It took me until 2015 (that’s nine…. NINE years people) to finish the book.

What can I say, but I enjoy life, and my living of said life got in the way every damn time. I was also single until 2015 as well, so there’s that. Now I’m married to Nugget, and life is… well… amazing. So, you may call me Ms. Cheevious M.C. Nugget 🤣  🍗 . But I think I figured out (at least for me – let’s not go crazy here) – the whole changing-of-my-bad-patterns thing in dating/finding/recognizing the right guy. It also helped that I was surrounded by good people. My bestie Brit (refer to Nugget link above to read about her) once said, and I paraphrase “Lisa, the thing is with him is that every single time there has been any kind of issue or question about things, his response to the situation has been perfect… or at least just right! I like him!” So, I took my cues, and voila – Ms. Cheevious in Wedded Bliss. Is that a title you want to read? 😱

I frame “Ms. Cheevious in Hollywood: My Zany Years Spent Working in Tinsel Town” like this:

As a freshly divorced single mother, I chose, sans employment, to pack it up and move (with my little six year old son) from our white-bread neighborhood in Orange County, California to Los Angeles.  Why?

Why not? It was MY TURN. My turn to pursue my dreams (of working in television production).  After months of relentless and tireless networking (COUGH-Cocktails-COUGH), constant prodding and begging (COUGH-Stalking-COUGH), I finally landed a gig as a talent coordinator on the production crew of The Billboard Bash – a pre-show for the Billboard Music Awards in 2001.  It was all gravy and down hill from there. Glitz and glamor a-plenty, there was no shortage of high fashion, wrap parties, VIP treatment, alcohol, limousines, travel, a-list (and wannabe) celebrities and the fun, exciting stories to go along with it all.

That didn’t mean I stopped being a mom, however, which meant my adventures were curtailed by my love for and innate responsibility to my two boys (even though one lived away from home). They are the reason I stayed grounded (or didn’t float too far above the clouds) and was always able to make sense of my whacky new world!

I kept writing here while my book kept getting pushed to the side so that life could happen.

Before I was even close to finishing it, “Ms. Cheevious in Hollywood” won Best Unpublished Manuscript (NY Book Festival (2007)). I know. Cool.

Finally, I finished the book, while this blog / website morphed a BUNCH along the way.

If MsCheevious.com makes you laugh, offers a new way to look at life, or provides a different perspective, then my work here is done. My wonderfully talented and gorgeous Guest Contributors and I cover life-issues, dating & relationship raves and mishaps, parenthood capers and all of the topics other sites may shy from…

I call myself the Editor in (Mis) Chief.  Here on Mscheevious.com you will find my silly antics, thoughts, feelings and musings (as well as a few points of view from my very important friends and family).

Spending a few moments with me on MsCheevious.com is like embarking on a fantastic voyage. All of the characters in my personal world are given aliases to protect their identity (my former boyfriend-now hubby was originally named “Fred the Wonder Chicken,” but his identity evolved and he is now the fake-famous-rapper “M.C. Nugget”). Famous people behaving badly are not so lucky.  I’m not the FBI. There is no identity protection for arrogant, rude or mannerless celebrities. Sorry, I love ya, but not that much.

Videos from the Ms. Cheevious YouTube channel are shared periodically as well: kooky sketch comedy videos as well as segments like Techno-Babe Moments, Mammoth Mountain Moments, Ask Ms. Cheevious or vlogs. I also have a “presence” on just about every other social media platform known to man.  All of this evolved into the one and only Ms. Cheevious and MsCheevious.com! YAY!

MORE STUFF ABOUT ME – THE EDITOR IN (MIS) CHIEF:  LISA JEY DAVIS

“Ms. Cheevious is charmingly quirky, entertaining, and above all… addictive.  Lisa Jey is hilariously zany one moment, then surprises us with insightful and candid revelations about herself and the meaning of life in L.A. Inspiring, relevant, and laugh-out-loud funny — it’s a must read!”  — Jennifer Maurer, Former Senior Writer & Operations Manager, Popstar.com

Lisa Jey Davis (er, Mc. Nugget) is a former freelance talent manager for one-hour televised specials with MTV, CBS and other networks and production companies. She is the founder of Jey Associates Marketing & PR, in Los Angeles, California, an award-winning writer, blogger, vlogger Huffington Post  and Livestrong.com contributor, a fitness & women’s health professional and the author of “Ahhhhhh … Haaaaaa Moments with Ms. Cheevious” (a yoga routine in an eBook).  Her much anticipated memoir ““Ms. Cheevious in Hollywood – My Zany Years Spent Working in Tinsel Town” released in 2015, details her post divorce years in Los Angeles navigating a career in television production as well as her new life as a single mom (it became the #1 Best-Selling New Release on Amazon in its category). Another upcoming book, currently titled “Getting Over Your Ovaries: How to Make ‘The Change of Life’ Your BITCH” due in 2016-17, is a witty survival guide for women approaching 40 (or older) dealing with hormonal issues and their own life change, or for those on the sidelines witnessing it firsthand (and suffering as a result). Lisa Jey is also the Editor in [Mis]Chief here at her flagship blog, MsCheevious.com (a humorous blog about life, health, dating & relationships). She is available to deliver humorous, motivational talks, workshops on the topic of living large and in charge, and enjoying every moment. Lisa lives in Santa Monica with her lovely partner in mayhem, her hubs…. where they do what they can to savor every single moment.

OR – WATCH THIS VIDEO THAT SAYS IT ALL AS WELL: